HOWDIE MICKOSKI: May 29 Perception and Memories

Howdie’s opening talk of the Sunday intensive discussing the manipulation of our perception and memories, and uses the movie Dark City and TV show Westworld as talking points.

Give Howdie a Tip. 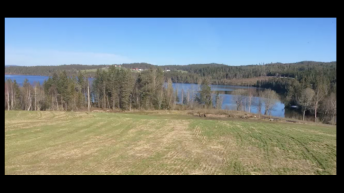 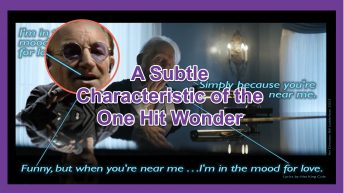 A Subtle Characteristic of the One Hit Wonder 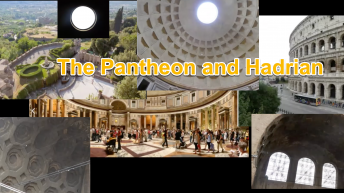 The Pantheon and Hadrian

Thanks Howdie, Bart, Rob and everyone that worked hard to bring this to all of us.

Bonsoir Howdie,
I do not pretend to criticize the teachings you have experienced, of course not, but for my part, without ever having experienced any teaching from any “wise man”, I have been taking my “teachings” by my own for yrs, isolating myself for long rough walks in the woods around my home, bleeding through brambles and so on if you see what I mean, just to be accepted !
It’s also an “original source” of teachings I guess ? Druids …
I talk to the trees, I embrace them and confide my sorrows and joys to them !
And it works to help me ! I think that there is no “unique method”, each one must find his own path through this insane reality …
If you want you can have a look on my channel :
https://www.youtube.com/channel/UCk5U8GcGEFSdv0TrFp1SxtA/videos
Un Celte des Gaules,
Rock the Universe !!

free will of choice

b) living (life) implies within the process of dying (inception towards death); hence being resistance within velocity aka responsibility within temptation. How does one respond? As choice within the center of perceivable balance (need/want). What does temptation represent? The choice to ignore need (perceivable inspiration) for want (suggested information).

c) others utilize suggestion to tempt one to ignore perception, and consenting to suggested information causes a division (want versus not want). This division by suggestion is called “reason”.

a) true versus false represents the rebranding of want vs not want reasoning (imbalance); which ignores need aka being the choice at the center of perceivable balance (need/want).

b) consenting to want or not want any suggested information allows the parasitic few to define (idolatry); redefine (revisionism) and deliberately contradict (talmudic reasoning) at their will whatever information the ignorant many already consented to reason over.

c) nature neither offers false information; nor does it proclaim true information; it simply moves everything from inception towards death; which the senses of those within perceive as inspiration for adaptation. Living within dying represents temporary growth within ongoing loss; hence requiring inspiration for the demanded struggle of self sustenance.

The parasitic few suggest “insane person” to tempt the many to ignore “in sanus” (within sound) + “per sonos” (by sound) aka being within; by; out of and therefore in response to the perceivable source of sound as the responding choice of resonance (need) or dissonance (want).

The mind (Greek; memory) needs to be used for adaptation to constantly perceived inspiration (like a ram); while resisting the temptation to want to be misused for accumulation of suggested information (like a hard-drive).

Flow (inception towards death) communicates itself towards form (life) as follows…impression (perception) to compression (comprehension) for expression (growth) or repression (loss).

The parasitic few utilize suggestion of endless information to tempt the ignorant many to fill up their memory; which not only corrupts their ability to grow comprehension of perceivable inspiration; but also tempts them to respond to memory (remembering stored information); while ignoring adaptation to the ever changing moment (the momentum of motion aka the perceivable balance for the responding free will of choice at its center). A memory filled with consented to information represents the “ego”.

The parasitic few suggest actors to tempt the many to mimic acting. The sleight of hand for those with eyes to see represents the “directors”…if you (life) are directed (inception towards death); then you ain’t acting; you’re reacting (choice) to being enacted (balance) upon.

While I’m at it…what are movies? Motion Pictures. What are pictures? Captured Moments. What does one ignore when consenting to suggested captured moments? Being the center (choice) of ongoing momentum (balance within motion). So the parasites are first suggesting captured moments (pictures); and then animate them (movies) to mimic the ignored motion of the captured moment (um).

Last edited 2 months ago by free will of choice
1

free will of choice

Those within (living) change (dying) represent the resistance to it.

Fear represents the temptation to focus on suggested outcomes (towards death); while ignoring to resist being moved towards them (for sustenance of self). Living implies as the resistance within the constant temptation of dying. The motion that transmutes flow to form (inception); form within flow (life) and form to flow (death) represents both the responsibility to grow (need) and the temptation of loss (want) for each form within.

The parasitic few suggest progressivism (following suggested orders) to tempt the many to ignore resisting the perceivable natural order; hence being moved towards death. Consenting to want (hope) or not want (fear) suggested progressivism; allows the parasitic the few to shape all the hopes and fears with their suggested meaning (words).

Maybe living in the present without fear is the only escape hatch from fake realities. Everything else seems like another trap door, as it’s too unnaturally hard. If I mediate, if I become more aware, if if if.
“Stop thinking and end your problems”
Lao Tsu

Howdie, the whole world is NOT all the same. Did you know in China, Japan, and Taiwan, the streets are SUPER SAFE? There is no violence or crime and the police never bother people and are super polite. China is NOT a police state, you rarely see police there and when you do they are polite and don’t bother you. It’s not a police state like the US. Did you know that? I spent a year in China so I know. It’s NOT a place with starving people and soldiers with machine guns like you see in the movies. No way jose! Am I the only truther that’s honest and not afraid to tell the truth? You gotta wonder! These things are OBVIOUS! Are you all blind? Are all of you NPCs? Am I the only real person in this matrix? lol

All emotions: fear, anxiety, anger, happiness; are all illusions. Constructs of the mind. Emotions aren’t something that is happening in reality. If you experience fear or anger all you have to do to overcome is to realize this and let it pass. Its all an ego response, and the ego doesnt exist.

Fear and anxiety are judgement. Either about yourself or others. That fear and anxiety response is learned behavior going back to the trauma we’ve all experienced in our childhood. Either by our parents or other adults. Its a spiritual trauma that separates us from God. As children we arent born angry or anxious, making us closest to God at an early age. Once we’re traumatized we’re separated by the anger and other emotions that take over. The only road back to that perfection that we had as children is to forgive the person in your life that has traumatized you. The anger you have for them is judgement, and only God can judge. Confront the person that has traumatized you and apologize to them for hating them.

After that you can be released from your emotional prison.

Unceremoniously shut down the guy that was seemingly about to explain how ppl can live with no fear. You may have a reason but that topic is the topic for many ppl that are called crazy and excommunicated from society. Truther cortisol levels prob not very pretty.